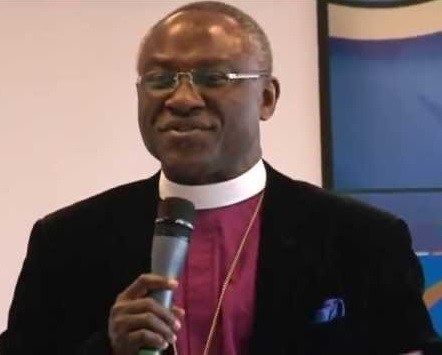 Apostle Williams recounted his experience at a one-day seminar organized for church leaders in Lagos recently among several other disclosures.

Island of Patmos which is situated off the west coast of Turkey in the continent of Asia is where the Lord revealed the book of revelation to John the Apostle.

It is one of the northernmost islands of the Dodecanese complex. It is further west than its nearby neighboring islands. It is an area of 34.05 km2 (13.15 sq mi).

Williams in the message said his visit to the Island elicited a lot of enthusiasm among his members who prayed earnestly for him that he would have an encounter in the place. While on the Island for pilgrimage, Williams said the Angel of the Lord came to him and shared with him what attracts them to children of God and what repels them.

What the angel said

Williams who in time past has had series of encounters of being caught up to heaven said he prayed earnestly while there that the Lord would send his angels which he did. “Not long after my prayers an angel appeared to me. He told me all angels love to talk with human beings but that they are often attracted to those that are loyal, dedicated and devoted to God.”

He explained that loyalty to God means to be committed to service and to be diligent. It also means to have complete trust and confidence in God. It means you don’t deny God at the most critical time. Our allegiance and obedience to God must be unparalleled. That is what attracts angels to intervene in man’s situation.

Citing the example of the three Hebrew children, Apostle Williams noted that it was their complete trust in God that made the Lord to intervene in their situation. While noting that the angel spent some time telling him about man he said angelic intervention is often always possible in situations where people display rare courage in their proclamation of the gospel.

Williams who said he would give details of the encounter in another day as he is being led by the Lord told the ministers at the one-day retreat to focus on their purpose in ministry. “You need to cut down your running around and face your Jerusalem. Any minister that gives you conditions like how much they would be paid and the type of accommodation they want if they are to preach in your church are messengers of Satan. You must avoid them. If you came to the work of God and you think it’s a means to be rich you miss it. It’s a place to suffer.” 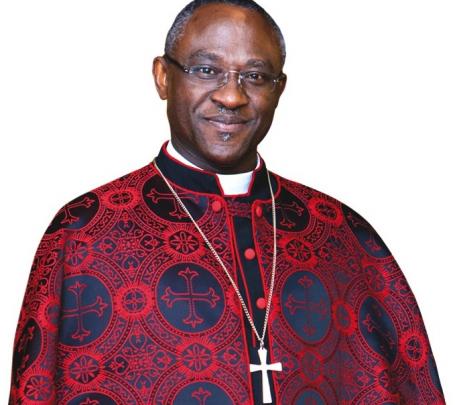 He said further, “The interesting thing about the island of Patmos is that John the beloved who wrote the book of Revelation was banished to die on that island. It was an island where the renegades were kept and he was supposed to die among them. But that was where the Lord chose to appear to him. Historical records has it that John led those urchins to Christ”

Speaking further at the meeting, Williams said the destiny of Nigeria is in the hands of Christians regretting however that many church leaders are too bogged down with what the devil is doing rather than what God has commissioned them to do.

Festac, not cause of Nigeria’s

He said, “I have heard many people say FESTAC 77 was the genesis of the problem of Nigeria. I just wonder how they came about this conclusion because people have been worshiping idols from ages in Nigeria. So how could it be that FESTAC 77 was the cause of our woes? That festival has nothing to do with the destiny of Nigeria. We can’t be around and the devil will be messing up with the destiny of the country. That means something is wrong. We have been celebrating all kinds of festivals that were worse than FESTAC ever before our grandparents were born. There had been human sacrifices in Nigeria from time immemorial.

“But God is looking for men and women who can demonstrate his power and stop the devil in his track. We have no business moaning over FESTAC as if there had not been something worse before FESTAC. It was Oba Akinyele of Ibadan that stopped human sacrifice as a king. He was a Christian and an Oba. God used him tremendously.”

He noted further that the greatest weapon in the hands of the devil is ignorance adding also that many church leaders are too distracted to concentrate on what they have been called to do. “One of the issues facing church leaders is how to get their members to grow spiritually and how to increase their membership. It is this quest that makes some pastors do things that are abominable. For instance how can a church collect offerings for four times in a service? That can’t be of God. That is a demonic mammon spirit at work.”

Commenting on the reported confession of Benny Hinn, Apostle Williams said he was happy that he came to a point of realizing his errors. Any minister of God who tells you to give money so that God can bless you or so you can break the backbone of poverty is talking with the voice of Lucifer. We must constantly check the word of God in the light of the Acts of Apostles and not of Moses. We don’t copy the mistakes of the Old Testament, we learn from them. You can’t ask for money for what Jesus had already paid for.”

Recalling how he started his ministry in the UK, Williams said the Lord directed him to one All Saints Church in the UK where his church had its first Sunday service against all odds in 1990. He said just around that facility is where the church is erecting a 19-storey building now. He however said the journey in ministry had not been a rosy one. “There is an easy way with God that is hard on the flesh. When we came to the Lord to serve we did not sign a contract for prosperity but a contract to suffer. I have gone through a lot in the years of my walk with God. But they have been pleasant and great experiences.”

Williams who has had several encounters with Jesus through revelation declared that any man of God who stands before his congregation and tells a lie is a cult member. He noted that many church leaders have been deceiving their members for too long.

“Some people call themselves deliverance ministers. I wonder how they came about that title. I don’t deliver people. Jesus is the deliverer. I cast out demons from people. I don’t conduct deliverance service. They have lied to us that we carry baggage after we might have been born again. What kind of baggage is that again? When Jesus sets a man free, that man is free indeed. We should not now add to the burden of the people telling them they have carried some baggage from their former world when we have already been translated to the kingdom of the Lord. The kingdom is superior to the dominion of Satan. We are in the kingdom. The dominion of the devil is under us.’

Doctrine of first born is from hell

He said further that the doctrine of the first born son which presupposes that all first born need some form of deliverance is from hell. “I am a first born and nothing is wrong with me. I have been redeemed already. Why do we enjoy adding another burden on people rather than alleviating their problem?”

On the question of leadership, Williams who holds an LLM in law apart from being a certified Quantity Surveyor said the major challenge of the minister is how to reach those who are outside the church and impact those who are inside.

“The influence of the minister should be felt in his community. This can only be achieved by the words of the minister, his deeds and how he inspires others. We must have the ability to shape and alter the choices of people so we can achieve a desired response. In some areas of leadership, you don’t speak, you act. There is a need for the servant of God to continually improve himself so as to increase his influence on people around. God’s promise for Nigeria will come to pass. It is time we stopped the blame game and concentrate on how to show forth the glory of God in us to the world around us.”

Even At 100 Years, God willing, I will Still Be Singing – KSA

LASTMA officials, like other law enforcement agents have the power to... read more

There is almost no month without a tanker falling or spilling... read more