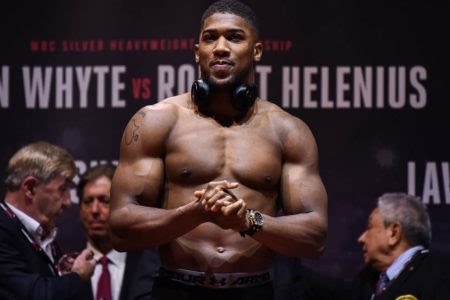 British boxer Anthony Joshua may have lost his heavy weight titles to Mexican Andy Ruiz, but the Nigerian born Pugilist is still swimming in money it has been revealed.

The 30 year old who is currently shaping up ahead of his December re-match in Saudi Arabia, is thought to be worth £48m about N22billion.

In comparison Joshua according to Daily Star is worth £45m more than boxing legend Mike Tyson, once worth in excess of £233m but now thought to be down to £3m.

AJ will hope to re-take his title December 7 in Saudi Arabia a feat which will further shoot his worth upwards. Recall that after seeing off the legendary Wladimir Klitschko in 2017 and subsequently becoming a sporting superstar, Joshua’s next fight against Joseph Parker earned the likeable ace £18m.

The Tertiary Education Trust Fund (TETFund) has accused lecturers across the... read more

The Grace River Academy – A Shocking But True life Story

Many people wouldn’t believe it when I tell them that I... read more

Without any warning, you left the music scene for construction business... read more

The Federal Government through the Minister of Interior has declared Monday,... read more

The Minister of Works and Housing, Babatunde Fashola says that... read more